By andrew on October 6, 2014 in Presentations

Small-scale gasification can provide off-grid electricity and heating from biomass. It is a more simple technology than a boiler, and it can be fed with garden prunings or woodchips that would otherwise go to landfill, or be left to rot where cut. The technology flourished 100 years ago before oil became cheap, and it is now being re-discovered commercially. People can build your own, it provides energy on demand in contrast to wind and solar, and at the local scale it is attractive for community renewable enterprises. 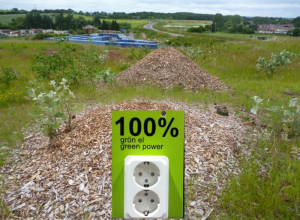 The talk will explain the science behind gasification, and its history from ancient charcoal production through to its widespread use in powering cars during the Second World War. It will discuss the relevance of biomass gasification on a local scale (system availability, maintenance, operation, legality, incentives, biomass resource), and on a national/global scale in comparison to other renewable technologies, mentioning also the potential (or not!) that it has as a means of waste to energy thermal treatment.